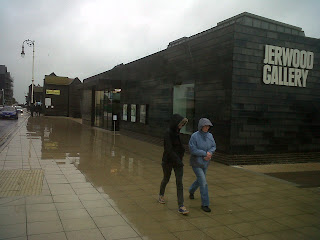 This weekend I was invited to the seaside town of Hastings, where the Jerwood Foundation has recently established an art gallery. It joins the “string of pearls,” cultural or art centres in South-East coastal towns including Bexhill’s De La Warr Pavilion (more of which later), Eastbourne’s Towner (opened in 2009), the Turner Contemporary and others. The success or revamping of many owes something to a government initiative called Sea Change, whose mission was “to use culture to make a difference to seaside resorts, contributing to sustainable, social and economic regeneration”.

Culture was the prescription for rundown seaside towns – but the locals often didn’t like the medicine. In Jerwood, anti-art-gallery signs still dot the  black-painted tall fisherman’s huts whose 19th-century architecture the gallery emulates. As a visitor, it seems strange that this investment in Hastings should have generated such opposition. I can only assume that while great care was obviously taken to ensure the building is in harmony with its surroundings, less care was taken with the people who live and work in the area. All too often in Britain, projects imposed for the good of the people are done without proper consultation, causing resentment. A shame really, as the gallery is fabulous, even if the cost of a cappuccino is exagerated (we opted for jellied eels in the stall outside the gallery as a better value snack). I’m sure it would not have taken much to get people on board. 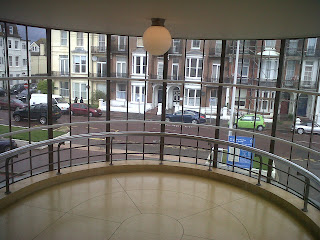 We also visited neighbouring Bexhill, whose once-crumbling 1930s pavillion was given a facelift thanks to Sea Change. It is a fabulous place, blustery seafront and bracing winds. A wonderful exhibition by Cerith Wyn Evans, described as a ‘love letter to the building,’ used light, heat and sound to help visitors experience the pavillion and its views in new ways.

The centre, and its program of events, made me think Bexhill might be quite a nice place to live. Reflecting on this regeneration, I couldn’t help thinking that while the Sea Change initiative is timely, if these towns are starting to perk up it is also because fashions are changing. Environmental and financial concerns means English people are weekending and holiday-ing closer to home and resdiscovering  the charms of the seaside, temporarily overlooked in favour of the Spanish costas. 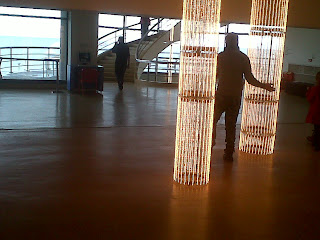 Protecting views across The Thames

I struggled to find a #book that was deep enough but accessible given lockdown brain strain. Picked up and put down… https://t.co/HgRFRkSMoI

Have found a way to keep #swimming after cutting off half my thumb nail. But am I still eligible for… https://t.co/Q3e0KVwK6A